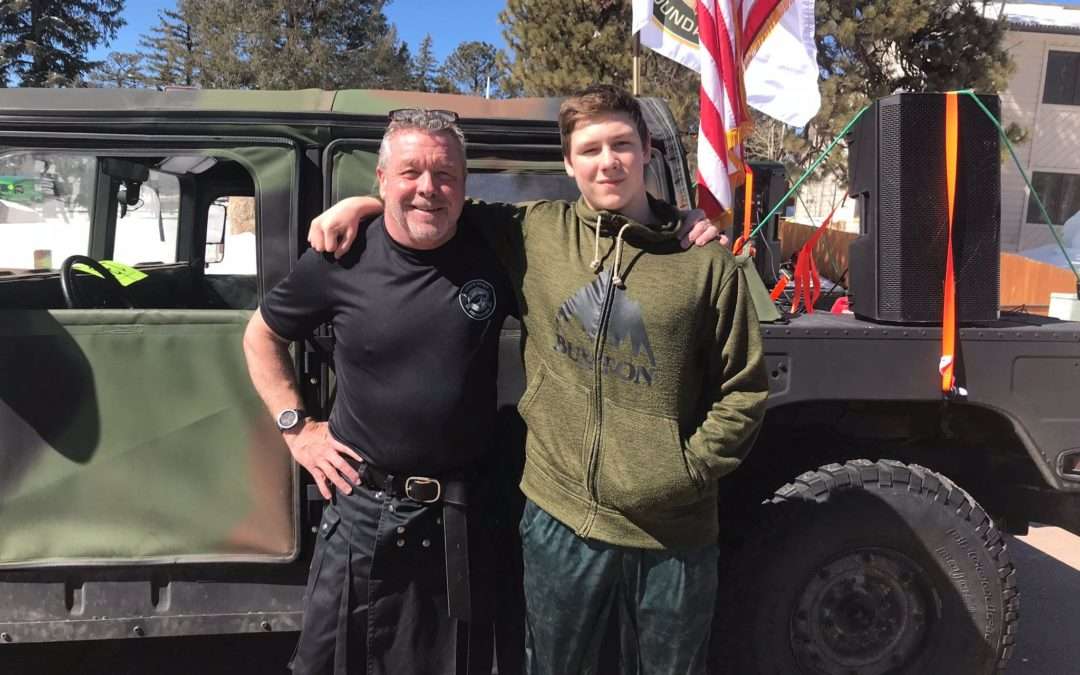 Last week I was skiing in Breckenridge where Mac and I went so often. I had this crazy idea that I should bring my bagpipes to the top of the Imperial Chairlift, which is the highest in North America. However, I didn’t know if my bagpipes would play that high. On two trips to the mountain, the chair had never been open due to wind conditions. So, on my last day of skiing, I brought my pipes thinking that I would play at the top of the 6 Chair that ends at the base of Imperial where there is a warming hut. However, Mac had different plans for me. As I got on the Mercury lift, I shared the chair with a young man and as we went up; I told him Mac’s story, the potential for thousands of kids to be exposed to his condition, and the Foundation we started for him. He was very touched and told me he would keep Mac and our family in his prayers and then guess what…. he mentioned IMPERIAL WAS OPEN!! And as we crested the top of Peak 9, I could see the chair moving and couldn’t believe it… I could not ski up there yet! So, we got to the top of the 6 Chair and I played a few tunes and adjusted the pipes because of the altitude. At the top, I broke out the Gronk Jersey, (Mac’s favorite player beside Vince Wilfork), Mac’s lime green mohawk snowboard helmet cover, and played. People gathered, stunned that someone was playing at almost 12,500 feet of altitude, and we took the time to tell them about Mac. I felt so close to my boy and knew he was holding all of this together because just as I ended playing… the lift stopped running! I would never have been able to get up there and fulfill one of my wishes to keep Mac alive. It was so cool, fulfilling, and we believe it’s now a world record for the highest bagpipe performance ever!!