Worried about Concussions or CTE?

If you have a child that has suffered multiple concussions or has been involved in concussive sports for many years, you may have some concerns about Adolescent Concussive Trauma. If so, please contact the organizations below to get information on identifying concussive-related issues and treatment as well as to make a donation to the Concussion Legacy Foundation for research. 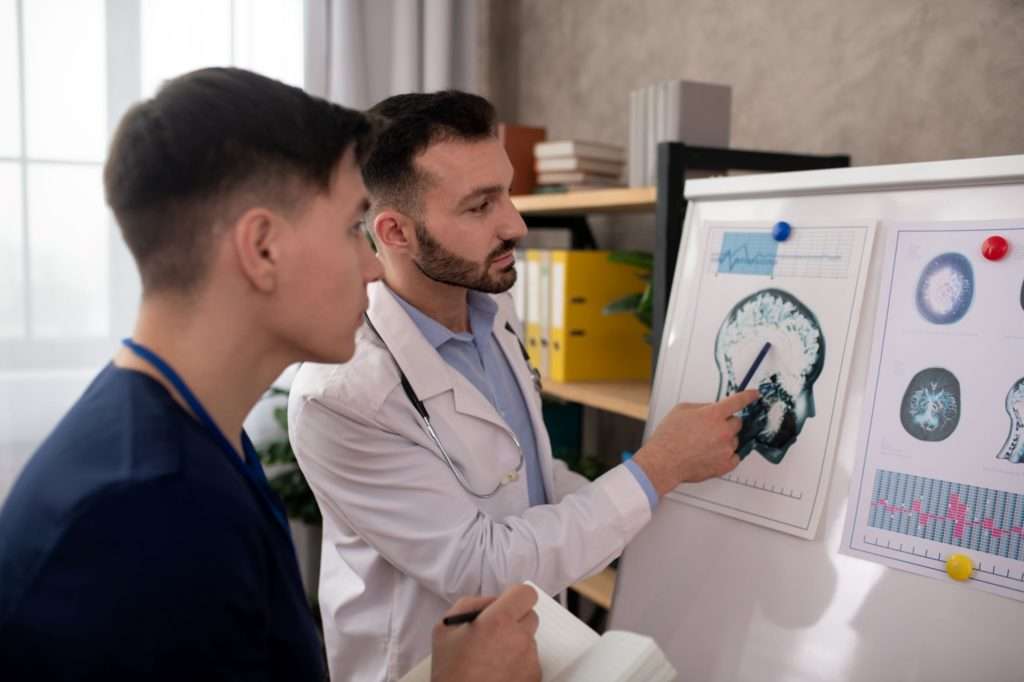 Preventing concussive trauma should be at the forefront of any parent whose child is involved in sports. It is critical to understand that concussions are not headaches; they are a brain injury and extreme care should be exercised in all facets of recovery to ensure that the concussed child is returned to sports only after all precaution has been taken to support the healing process necessary to achieve a full recovery.

Some considerations and actions that parents, coaches, and medical staff can take follow:

Find a physician with concussion experience:

When your child is injured, do not just take them to the ER or a doctor or just any doctor. It is imperative that you find a Doctor, P.A., or someone with extensive concussion experience. We didn’t know that such a person existed and relied on existing protocols to clear our son after his concussion. We trusted the system to ensure our son was taken care of and he was, as far as anyone in the system had been trained or exposed. Honestly, a few concussions should not threaten the lives of any children if they follow protocols and are cleared, as Mac was. However, we think that, if we had a concussion experienced doctor, he may have noted Mac’s continued sports schedule and may be recommended longer rest periods, withdrawal from sports, or continued monitoring for concussive symptoms.

We are all familiar with student-athletes that play a multiplicity of sports and the “soccer mom” stereotype that drives her kids from one sport to another all year long.  Or the athlete that loves his sport so much he or she plays club sports, travel league AND the same sport at their school. Or the athlete, like our Mac, who selects sports that are played back to back and are concussive.

We feel that, when there are no concussive issues, continuous sports playing should be examined to determine if the length of the sports season and risks of concussion can cause the child harm. Remember that many concussions go non-reported and some kids have concussive events and don’t know that they had a concussion. So it’s always better to err on the side of playing less than more. If there is a concussive event, consideration should be made to limit him from participating in other sports, especially if they are back-to-back sports seasons.

With Mac, the sports he selected had him playing almost 10 months a year straight with time off for Christmas. Once he was concussed, it is probable that the continuous playing of sports, both at school and leisure, contributed to obstructing the proper healing of his brain. Although there was at least one other concussive event that we know of, he was cleared and continued to play. With the information we know now, we would have limited him to one sport or had him select sports like fall and spring, with longer breaks in between.

Because the adolescent brain continues to mature and is rapidly developing, it is imperative that the parent looks at when the child is going to play contact sports. Most experts feel that 14 is the proper age for children to progress to contact sports. Why? That is when most of them are entering puberty and puberty usually is accompanied by a stronger neck structure which can help [i]. While this is a decision that parents must make, it should depend on the size and skill level of the child. Our son suffered his first concussion when he, as a larger, inexperienced freshman, and one of the largest kids on the team, was slated to wrestle an experienced junior or senior. The kid trounced him and gave him his concussion on a violent takedown called a suplex move, which he hit the back of his head. While he was a larger kid and 14, he wasn’t skilled enough to be wrestling a much more experienced boy.

There is also a movement to reduce concussive and sub-concussive trauma in sports through limited contact in practice. Most people don’t know this, but the NFL has one contact practice per week. Some Ivy League schools have NO Contact practices for an entire season. But there are hardly any high schools in America that follow that example. Our son was continuously exposed to sub-concussive trauma through the months and months of practice and games and matches that he competed in and just limiting that exposure may have helped him a lot. Programs like Practice Like the Pros https://www.practicelikepros.com/mission can provide guidance to coaches about how to conduct effective practices while limiting exposure to injuries, including concussive events.

Here the consideration is the category of the concussion and how long between them. We would recommend that while one concussion is enough, two in any season would warrant no further playing and a longer monitoring path to ensure complete recovery. If they are separated by a long stretch, like our son’s, again, getting them cleared by a physician and taking longer to return to sports is recommended. Another consideration is the time of the season that the athlete is returning… is it early in the season, or late? Remember that, after a concussion, even continuous sub-concussive activity can significantly prevent the brain from healing, as it did our son. It is critical that parents get with Doctors and continue to communicate with their children about concussion-related symptoms months after a concussion to ensure their child is healed.

This is a very mature area for many sports participants, coaches, and trainers. They are very adept at identifying concussive events. However, it’s the children and parents that need to be more aware. Parents should be required to take a concussion taking a concussion briefing every year. Many states mandate that, however, very few follow through. Those briefings should be updated to reflect the risks of sub-concussive trauma and overexposure to such trauma following an injury, especially after over one concussion. Those key issues are not reflected in any concussion briefing that we have seen to date. Children should also be educated on what is a concussion and the affects them if it is not reported. Many of them think that a concussion is a “knock-out” event and that if you have a significant hit to the head, and have some symptoms of a concussion, it’s better to be safe than sorry.

Returning to play is always a challenge for the athlete, the parent, and the doctor. For those committed athletes, staying out of practice or sports can be depressing and draining, but time should be taken to ensure the athlete is healed prior to reentering sports. As mentioned previously, care should be taken regarding the time of the season the athlete is injured in. Too early in the season, the sub-concussive trauma may prevent the healing process, so a longer rest period should be mandated. While the medical and coaching staffs are usually very good at this, it is in sub-concussive trauma, and multiple concussions, where some of these additional considerations should be taken.

One area where there is a significant gap in knowledge is the long-term impact of concussions and sub-concussive trauma. Usually, after a concussion, the student is cleared after 2 weeks, and, for most kids, that is sufficient. However, when they reenter a concussive sport, or are re-injured and do not report it, or are unaware that their symptoms are related to the previous concussion, the risk for progression to Post Concussive Disorder or Chronic Traumatic Encephalopathy is elevated. For those athletes with multiple concussions or that play back-to-back sports, it is critical that they are monitored for over 2 weeks with follow-up appointments and even therapy to ensure that their symptoms are healed, or that any follow on health issues are not related to those concussions. With most kids not at ease talking about symptoms with their parents, teammates, or friends, it is important to get them some third party to talk to in order to ensure that they are truly healed.