Home » What is a concussion

What is a Concussion?

What is Adolescent Concussive Trauma?

Before we delve into the medical and physiological signs or description of a concussion or subconcussion, let us give you the family’s take on this: 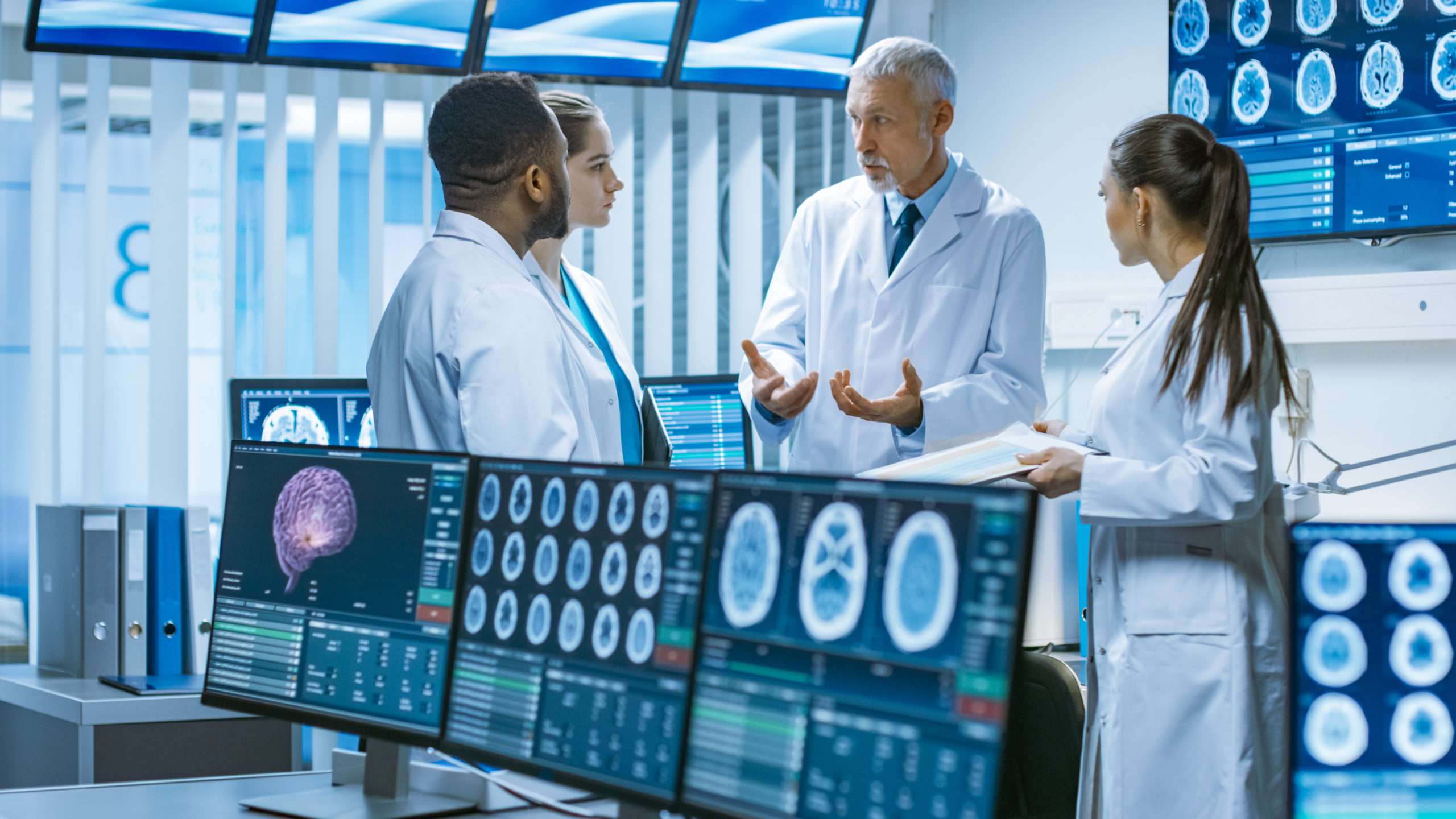 No matter your experience with them as an athlete, or with your friends, or however you have been exposed, (or not!) to concussions, they are not to be treated lightly. When Mac got his concussions, our biggest mistake was not doing the research and then trusting the network of coaches, trainers, and medical staff to make the right call.
Turns out that they, like us and all caring people, were excellent at diagnosing the acute or sideline signs of concussion but had no, or minimal training or knowledge in the management of post-concussive disorders or the impact of back-to-back sports, communication between coaches of different sports or ensuring a follow up on our son.
Compile this with the facts that Mac’s concussions were not in the same sport season, in different sports and his unwillingness to talk about their growing impact on his psychological stability, that his father had many concussions and thought that a full recovery was possible, and you have all the components of a tragedy.

Medical Definition of a Concussion.

A concussion is a type of traumatic brain injury—or TBI—caused by a bump, blow, or jolt to the head or by a hit to the body that causes the head and brain to move rapidly back and forth. This sudden movement can cause the brain to bounce around or twist in the skull, creating chemical changes in the brain and sometimes stretching and damaging brain cells.[i]

Youths typically engage in organized sports with increased frequency relative to adults and thus sustain most sports-related concussions. In fact, of the ~23,000 football-related, non-fatal TBIs resulting in emergency department visits annually in the US, almost 90% occur in adolescents aged 5–18 years. Among 15–24 -year-old adolescents, sports-related head impacts are second only to road trauma as the most common cause of TBI. In contrast, concussions sustained during childhood, before 10 years of age, more often result from non-sports-related falls in the home, school, or playground. Over the past decade, the incidence of concussions reported by highschool students has increased by ~15% annually. It is unclear, however, whether this figure reflects a true increase in events or a rise in reporting prompted by greater awareness.[ii] There are tons of sites that have information on concussions. I took most of the following from the CDC site and only serves to inform and educate. There is a lot of information out there that a parent, coach, or trainer can find, and we encourage you to do so. At the end is a list of some references that we will continue to grow and categorize.

However, Mac’s concussions were not the reason he has left us. It was the continuous exposure to sub-concussive trauma that all athletes will endure, but because of the sports and activities he enjoyed, it overexposed him to this condition, which ended up permanently affecting his mental well-being and long-term brain health.

This is important for you, the parent, as, while every child may suffer a concussion, every child that plays contact sports will suffer sub-concussive exposure.

What is a Sub-concussive impact?

Sub-concussive hits are those that are below that concussion threshold: the brain shake is shaken, but not so violently that the damage to brain cells is severe enough to see through symptoms. Examples of these types of impacts include most tackles and collisions on the football field; headers in soccer; checks or collisions with the boards or other players in ice hockey; and body checks in lacrosse. The impacts are there, and the brain is affected. We just do not notice it right away.[iii] Over time, continued exposure to both concussions and sub-concussive impacts can lead to declines in cognitive abilities and mental health and can lead to life-threatening conditions such as Chronic Traumatic Encephalopathy or self-harm/suicidality.

Education On Sub-concussive Trauma and Concussions Is Key.

It is critical that parents take concussions and particularly sub-concussions seriously and do all they can to educate themselves because they will find that many people in the network of trust need more awareness of what concussions and sub-concussions can do long term to children. Both are not life threatening, but continuous communications between the child and parents, coaches, trainers, and staff. Even between schools when the child moves, it is essential to ensure a full recovery and prevent further injury. You find that, just from reading this site, you are more informed on sub-concussive risks than most coaches, athletic trainers, and medical personnel and this will be critical to the long-term health of your child athlete.

The Gap in Knowledge Regarding Sub-concussive Trauma.

The area of sub-concussions is where parents, coaches, trainers, and medical staff need awareness and training.

We and the organizations we talk to are adamant that the continued exposure of Mac’s injured brain to sub-concussive trauma for 10 months a year since the age of 6 is what contributed heavily to his personality disorder. However, that same network of coaches, trainers, medical professionals, and parents did not know that returning to sports, even after passing his evaluation, could have had such a negative impact because of sub-concussive trauma.

This is where we lost our son. We knew he had multiple concussions but being months apart and going through all the protocols for recovery; we thought Mac was ok. But we were not aware of the additional damage that sub-concussive impacts would impart through continued participation in the sports he loved, as well as learning how to snowboard during the period he sustained those concussions. We did not even think about talking to Mac as he returned to school with no sign of any problems it wasn’t until right before he passed he showed signs that he may have was struggling. And even those signs were not apparent to us as parents, coaches, and friends, until his passing, as we had never seen someone with depression or mental illness.

Post-Concussion Syndrome, or PCS, is the persistence of concussion symptoms beyond the normal course of recovery. Most concussion symptoms will resolve within about two weeks. Where symptoms last longer than one or two months, doctors may diagnose Post-Concussion Syndrome. Patients with PCS can experience concussion-like symptoms at rest or in response to too much physical or cognitive activity, often forcing them to withdraw from their usual physical, professional, and social lives.[iv]

What is Chronic Traumatic Encephalopathy or CTE?

Chronic Traumatic Encephalopathy (CTE) is a condition that is caused by long-term exposure to concussive and sub-concussive injuries. They can only detect the condition post-mortem, though researchers are researching “en Vivo” biomarkers to identify this condition earlier. The condition usually causes severe emotional and psychological pain, interferes with lives, and can cause premature deaths, sometimes caused by suicide. While they have heavily documented CTE in NFL and NHL players, they have found it in athletes as young as 17. The combination of long-term exposure to concussive sports, particularly sub-concussive trauma, and his struggle with depression and schizophrenia, shows that our son may have had progressed to the early stages of CTE before he passed away.

Post-concussive syndrome follow-ups and sub-concussive impacts are key issues for any family that has a child with multiple concussions or that has years of sub-concussive trauma due to contact sports as, if the condition is not managed, or followed up on, PCS can progress over the years to Chronic Traumatic Encephalopathy and the progression is not abrupt, but very slow. And the signs of PCS/CTE are many, i.e., sleeping late/sleep deprivation, light sensitivity, apathy, and more, and as we have said, mostly replicate some of the expected actions of maturing young men. After Mac passed, one of our friends was looking at his yearbook pictures and asked why one of Mac’s eyes was smaller than the other.

As we looked at other yearbook pics that were taken but we did not buy, it was very apparent that our son had a significant difference in eye size, but that was never apparent to us, and we saw this amazing child every day.

Given the insidious nature of the progression, it is critical (to us) that children with multiple concussions spend time with a therapist to evaluate them once a year for any indications of PCS/CTE and the physiological and psychological signs of any progressive illness. Conversations with clinical psychologists show kids will NOT talk to their families, and in our son’s case, even his closest of friends.

But they may open up in conversations with an impartial third party. But to determine if your child is suffering, they MUST talk to someone.

Usually, most kids internalize their suffering, like Mac, and did not talk to anyone about his problems. This is very common in children, according to psychologists; they must talk to anyone for them to unload or discuss their issues.